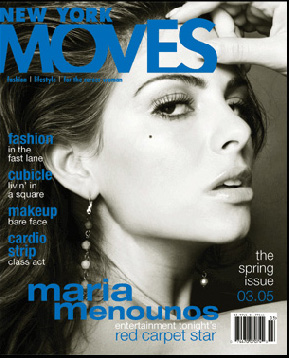 When you enter the Cooper Classics Collection on Perry Street on the West Village, you are immediately hit with powerful lines of beauty that can knock you back. Whether it's the 1966 Rolls Royce Silver Cloud III or the 1968 Mustang GT fastback or one of the many paintings that hang on its walls, you are immediately drawn to something that appeals to the senses.

"This place has a wonderful fell to it," says Elliot Cuker, owner and founder of Coooper Classics. "Whether it's the cars or the paintings, you have all these beautiful lines that are ready to pounce on you as you walk through the gallery. It's very important for us that we have something for everyone."

For the first 25 years, Cooper Classics operated as a facility that handles total restoration of cars- upholstery, paint, bodywork, etc. For the past four years, Cooper has been across the street as a full- fledged gallery a combination of art and cars. " I decided that since I owned the building, what I wanted to do was create a gallery of beauty," says the entrepreneur Cuker, who was one of 43 prominent citizens featured in the New York Observer's Millennium Edition's, 8 Days in the Life of the CIty. "I wanted to bring whatever is culturally hip today and going on in the City and put it into a gallery. In the interim I could act again and write but this has taken up much more of my time."

For Cuker, cars have been a way of life. He used to show up to auditions in an old Bentley. "The car gave the appearance that I was doing pretty well." laughs Cuker. "Although I had a $12 dollar apartment, I realized the power of that car and I decided to start Cooper Rolls Royce limo service.... after that, I started Cooper Classics, fixing cars, fixing other cars or restoring them and then on to the gallery. That's how it started."

The gallery's Main operation buys and sells hard-to-find classic cars-- a 1963 Mercedes Benz 300SL roadster recently sold for $300,000-- and the gallery is always rotating it's collection. Past events include Vanity Fair's party for Angels in America, an event for Law & Order (in which he has been on several times), and a party for Lou Reed's book. Cooper will be hosting an upcoming New Yorker magazine cartoon show.