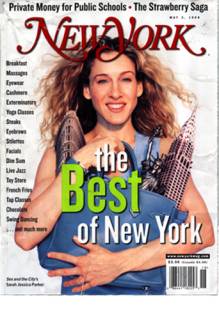 Most New York drivers will agree that in our profoundly tertiary economy, it's easy to understand why your mechanic -- that Bavarian chap named Gunther -- always seems to be in Aspen. But you don't have to be a victim anymore. There are honest mechanics around who fix cars because they love them -- and they tend to work at Cooper Classics (132 Perry Street; 929-3909) for Elliot Cuker, who for twenty years, has been helping to fix, maintain, restore, and sell cars with dignity. "I love beautiful objects," he says. While Cooper Classics specializes (at $75 an hour, plus parts) in foreign high-end autos like Rolls-Royces and Jaguars, the mechanics are happy to service your '92 Prelude or Volkswagen Fox. "I spent a month back and forth trying to figure out what was wrong with my '89 Saab 9000S," says architect John Caviness. "When I finally took it to them, I had it back, fixed, in a day." Adds graphic designer Julie Losch ('74 Mercedes 240 Sedan), "They're not cheap, but they know what they're doing." Other faithful clients have included Diana Ross, Yoko Ono, and car buff Kenny Rogers.